What's on your mind?

Hello i have some ideas on a new game

I'm not sure what to call it

Can i have some name ideas

Is it ok if I use a consents another cannon used

This is my second storage page. I made this because the other one was overwhelming. 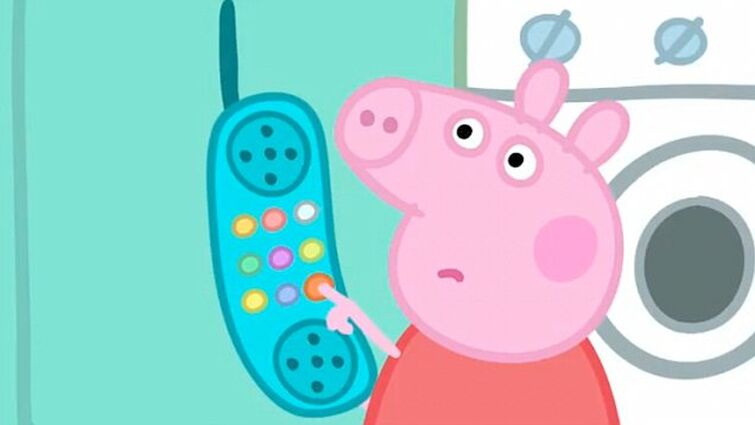 I'm not 100% sure about this, but is it okay if I add a CSS page (is that even possible?) for my own fanon? Or does that go against the rule? (I wouldn't be surprised if you say no, am expecting that response)

But i cant seem to put my finger on it.. 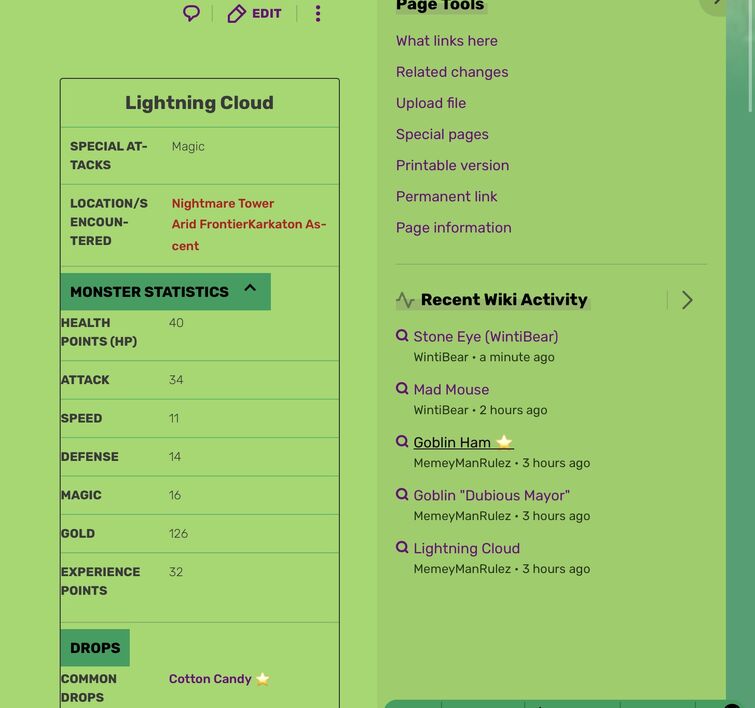 I'm not sure if it is important, but I found the Goldie Page quite interesting. Also am trying to solve some of the ciphered texts (Hint: Vigenere), although I am quite unsure of one of the messages.

I am coming back to finish or at least progress through a few of my fanons. (and also just to chat and look at other people's stuff) But these are the ones the fanons I will be working on mainly:

it's the most wonderful time of the year 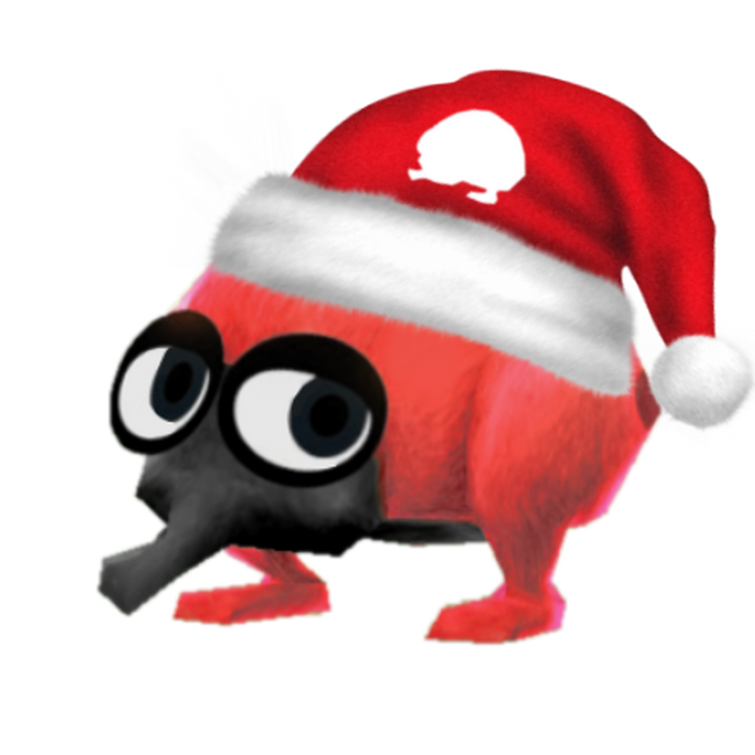 Have a Santa Snurp. Merry Christmas! 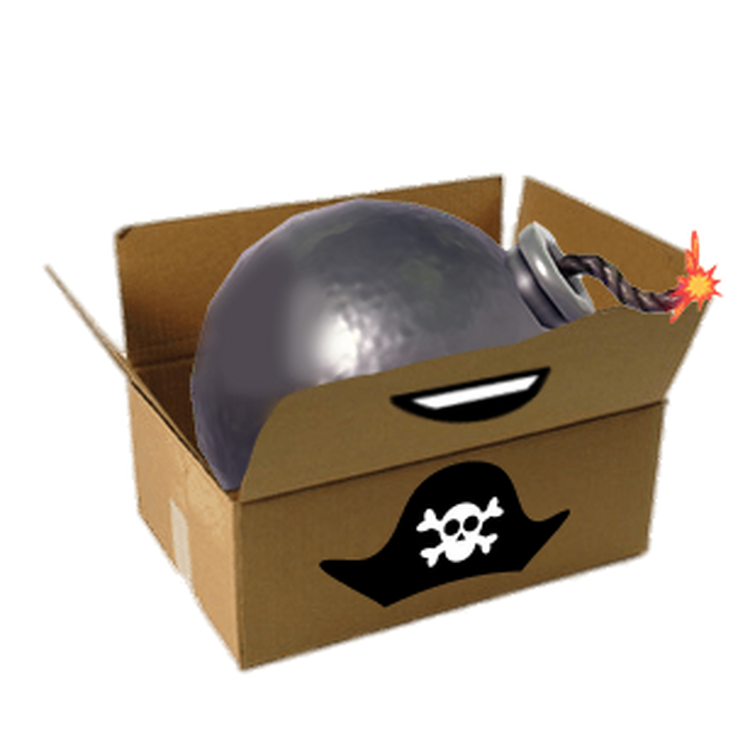 (dont forget your present... its a surprise!)

just decided to revisit this wiki after a while. i wanted to check as i kinda feel like making a fanon? and i don't want absolutely nobody to see it

Alien: "Make way, make way! This little alien has a blaster and isn't afraid to use it!"

Spells: Magic based, much like the Mage. Knows more attacks that can affect an enemy (confuse or distract them) though

Special Lines: About how they landed here and how aliens, you know, work

Gardener: "The flower! The apron! It is none other than the royal gardener, always give them the best flower in your garden!"

Main Weapon: Watering Can or Hose

Spells: Much like the Flower but a bit more powerful. Has powerful healing but somewhat weak attacks

Special Lines: Bragging about their role (if Laid Back) or introducing flowers (Can give a mii a flower)

Spider: "The ruler of the pests, or that is what they say. Very bad in gardens"

Spells: Will spray the enemy, stunning them for one move. Other than that, web based attacks. (Vampire two babeyyyyyyyy)

Special Lines: Keeps saying that they are the ruler of spiders when they aren't

Designer: "Only makes the best clothes for the best people!"

Special Lines: Forcing miis into outfits or coming up with ideas

Doll: "A cute and petite but powerful dollie, the perfect kids toy!"

Main Weapon: Those wooden slabs that make an X used to control puppets (forgot what they were called smh)

Special Lines: A mii asks how they are a doll but the size of a human. (mii??? idk-) They respond with "To give bigger hugs to kids!" 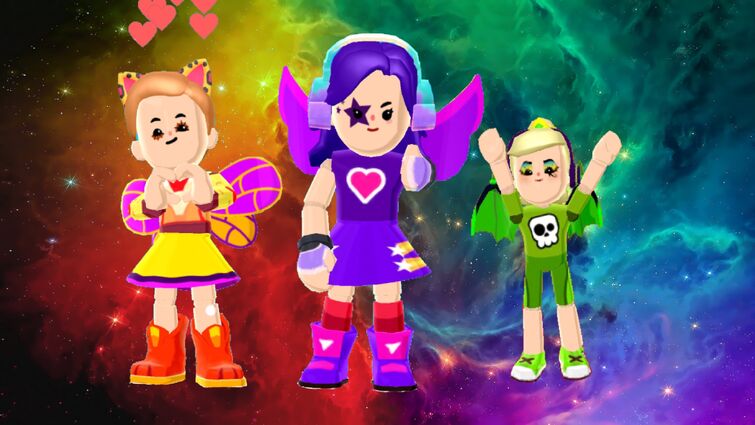 My father was wondering why I don't have him on my Miitopia save file, but I told him zero personalities fit his. I promised him if there was a personality, I'd play him in a heartbeat.

My dad is sort of between the lines of laid-back and air-headed. One second he is savage, the next he is forgetful.

(I will tell you a funny story later).

If my dad's personality was there, the quirks could cause resentment like laid-back and kind. But it also gives out boosts during a battle.

Quirk "Got Burned". Player will go in front of their teammate to "insult" them. This immediately causes the monsters to get distracted and gives the party opportunity to kill the monsters while they are distracted.

Quirk "Indifference". This is much like the Cool or Laid-Back personality quirk, except this time the player will say something hurtful towards the monster, making the monster suffer the most painful death. Example of a player with this personality to the Dark Lord "at least I actually have friends, unlike you."

Quirk "forgetfulness". This usually happens during the Inn events or Outings rather than in battle. The Inn Event, they would try to give out a present, but they forgot about it. Event over. Another Inn Event, they would try to gossip, but then forgets mid-sentence. In an outing, like shopping, they will forget what they originally wanted to buy and they purchase everything except the one thing they actually came for.

Back to the funny story.

Dad: Urgh, I want to start a diet. (Third attempt this month, as-a-matter-of-factly).

Me: Okay then. [I look at my sister] Hey Soph, do you want marshmallows on your hot chocolate?

She nods, then I begin to walk out of the room. I hear a sniff and then my dad said a curse word. As my family was playing cards at the time, and it is the sort of language they normally spit at each other, I thought it wasn't directed at me. I come back with Soph's hot chocolate. Dad looks like he is about to cry.

Realising I might have done something, I shake my head.

Me: Okay, what is wrong with you?

Dad: What is wrong with me?

Me: You said you wanted a diet!

Dad: Oh, yeah, I forgot all about that!

XD omg it is so funny to hear my dad swear at me now I am old enough to hear the language.

If that was a personality on Miitopia (minus the cursing, of course), what would the name be? Savage?

So, I think a Miitopia and Touhou crossover game should be a thing! If any of you know about Touhou, work on this project, for me, of course ^_^